The Dangers of DIY Cosmetic Surgery

The Dangers of DIY Cosmetic Surgery 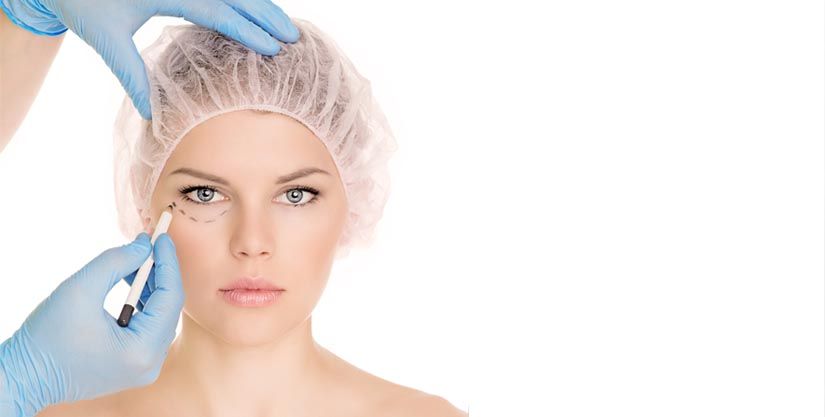 Do-It-Yourself or back-alley cosmetic procedures, which seem to be on the rise in some parts of the world, can lead to some serious injuries, side effects, permanent disability and even loss of life in some cases.

Earlier last year there was an interesting but sad story about an American woman who had got a buttock augmentation through a DIY (Do-It-Yourself) procedure. Instead of going to a qualified doctor, this lady, Apryl Brown, decided to do this procedure at an acquaintance house.

The results of the procedure were devastating because 24 hours later Apryl was lying on a hospital bed clinging onto dear life. To cut a long story short, she survived the ordeal but ended up with the doctors amputating her hands, feet and the flesh around her buttocks and hips in 27 surgical procedures.

The main reason she used the unknown injections was because she wanted a new look at less the price. But as it turned out, the expenses came later, more than she ever imagined.

The above is just an example of what happens when you try to change your looks either on the cheap, by yourself or both.

Apparently, according to the American Society of Plastic Surgeons, this is a growing problem the world over. Patients are bypassing professional, qualified and experienced doctors and other medical practitioners so that they can save just a few Dirhams on medical procedures. They do this not knowing the outcome can be life threatening or worse.

Other mistakes people are making that could lead to an outcome similar to that of Apryl Brown above, or worse, is buying the supplies for their preferred procedures online, since nowadays everything and anything can be bought from online stores. After getting their hands on these so-called cosmetic supplies, they either go to back-alley clinics or administer the product themselves. Either way, it is a dangerous thing to do because the back-alley quack or the person does not have any training in doing so.

So what could happen if you went the Do-It-Yourself way?

In this multi-billion dirhamindustry, more women than men are opting to go under the knife to prolong the aging process, to fix a flaw with a nip and tuck or to enhance a certain feature within the body. In pursuing either or all of these, it is important to bear in mind why going to a certified, experienced and trained surgeon or expert is important and that cheap is always costly.

Permanent deformity: Like Ms Brown, one could end up permanently deformed. She was brought back from the brink of death according to reports on CNN.com, but until today, she is a walking reminder of the perils of DIY cosmetic procedures. This is because she lost her arms and feet to whatever she was injected with by her friend.

Horrific injuries: By going for the cheap products that you are not sure where they come from or what they are made of, you are exposing yourself to horrific injuries that will make a deeper hole in your pockets than if you had gone to a qualified and experienced specialist. An example is a certain lady (name withheld) who purchased some facial fillers online. Within 24 hours after injection, she had serious blisters and swelling that left her with permanent scars.

Blood clots: A Brazilian woman died as a result of a Do-It-Yourself breast augmentation procedure. A blood clot appeared in her lung after she tried to augment the breasts by injecting them with petroleum jelly. This blood clot, according to New York Daily News, appeared a few weeks after her DIY procedure.

Infections: Since the conditions under which you are having the Do-It-Yourself procedure are not conducive for a cosmetic procedure, especially those that involve injecting, the chances of getting an infection are very high. This infection can easily spread inside your body, leading to more life-threatening conditions.

Although the above are real-life examples, there are more risks to DIY cosmetic surgery procedures. To be on the safe side, make sure you go to accredited, experienced and well trained practitioners to do the procedure of your choice. In addition, you should also make sure they use products that are not only FDA approved, but also approved by the Ministry of Health.