Meet Woman Who Shocked Doctors With Her Giant Breasts

Meet Woman Who Shocked Doctors With Her Giant Breasts 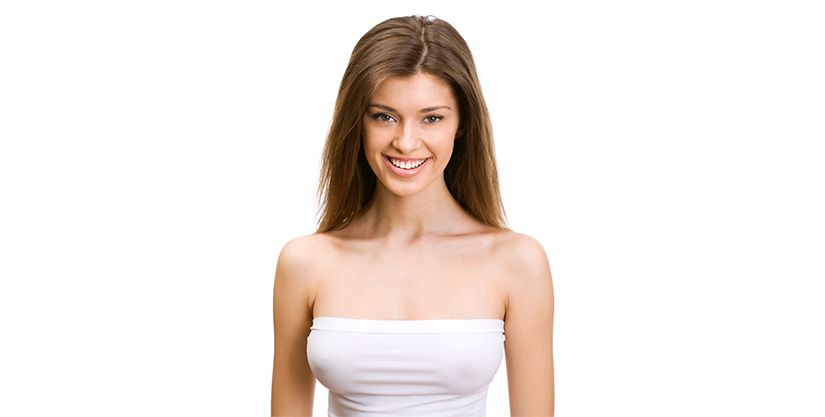 Breast augmentation surgery is the most popular and demanded cosmetic procedure among women. It is helpful for those women who want to improve the size and shape of their small or undeveloped breasts. The reason behind the popularity of this procedure is that women always desire to have fuller bust but it is also the fact that excessively large breasts become the reason of cautiousness and physical discomfort and pain besides marring your aesthetic appearance. In order to get rid of excessive tissues on the breasts, women go for breast reduction surgery. There are a number of cases of excessively large breasts, which shocked the plastic surgeons and Mrs. Lin’s case is the most shocking one.

Mrs. Lin is a woman from china who has got 7 kg of tissues removed through the breast reduction surgery. Her breasts were excessively enormous and this size of breasts shocked the surgeons. After years of suffering and experiencing the discomfort and pain caused by the giant size of her breasts, Mrs. Lin decided to get rid of this frustration and finally she has started living a normal life now. For this purpose, she has undergone a drastic surgery for removal of these 7 kilos of unnecessary fat accumulated in her bust.

In her thirties, Lin’s breasts started growing rapidly and after twenty years, when she was fifty, the size and weight of her breasts became unbearable for her. At this time, she planned to get excessive tissues removed and visited doctors at Xiamen University’s hospital.

Doctor, who was in charge for the case of Mrs Lin said that he has been working as plastic surgeon for more than a decade but till now he has never seen such case before. According to him, Lin’s breasts were so much enormous that they hung even under her bellybutton. During the surgery – breast reduction – doctor removed nearly 7kg of breast tissues to reduce the breast size to a controllable C cup. According to doctor, the weight of fat removed was almost twice of the weight of an average newly born baby.

Mrs. Lin is now living a normal life but if the surgery was not performed, the consequences could be extremely unbearable for her causing crippling neck, back and shoulder pain, rashes, irritation and even breathing problems.

The medical term for the condition Lin was experiencing is gigantomastia, which is rare medical condition in which the weight of breast tissues of woman suffering from it becomes more than three percent of total body weight.