Double Trouble? How Your Breast Size Speaks Volumes About You

Double Trouble? How Your Breast Size Speaks Volumes About You 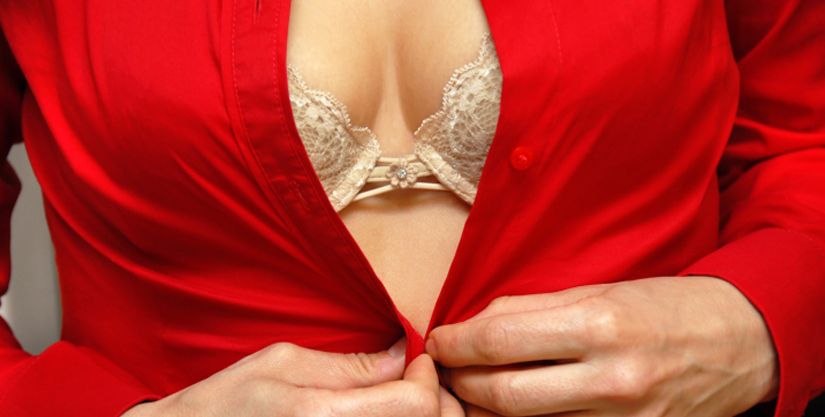 Breasts are the most important asset for women. Women always wish to have the perfect sized breasts that are proportional to their figure and look attractive. Even the average size of the breasts has increased in the last 30 years. Due to this, more and more women are undergoing breast augmentation or getting implants. However, breasts are not just about enhancing the appearance and boosting confidence. Breasts can speak volumes when a woman’s life and personality are considered. They reveal more than just how they affect a woman’s appearance by being smaller or bigger. It is a fact that breast size and bra size have become important topics in the scientific community. Numerous studies are linking the size of breasts to women’s character traits.

How Your Breast Size Speaks Volumes About You

Here, we will discuss some things that your breast size can tell about you.

Whether your breasts are small, large, or regular, they will have some impact on your emotional health. Women with very small, very large, or asymmetrical breasts mostly suffer from confidence issues and eating disorders. The editor-in-chief of Plastic and Reconstructive Surgery says that having asymmetrical or excessively large breasts is often associated with aesthetic appearance. However, these conditions can have severe emotional and psychological impacts on women. Most women with abnormally large breasts often emotionally suffer and are more cautious about their bodies.

The main reason behind the relationship between breast size and IQ level is still not known. However, sex hormone levels are thought to be the reason. These hormones help in determining the size of women’s breasts.

Bigger than a B Cup – Bigger Spender

Women with bigger breasts spend more on their lingerie as compared to those who have smaller ones. It became clear by a study conducted at Alibaba. The results showed that women with a B cup size spent less than those with bigger than B cups. Five categories were made for the money spent, including:

The percentage of women having B cup size buying was only 2 for high spending. On the other hand, women who had D cup were 24 percent. Although the relationship between bigger breasts and bigger spending is not known yet, the association cannot be denied.

Women having smaller breasts usually drink more coffee as compared to women having larger breasts. The British Journal of Cancer published a study about the relationship between coffee and breasts. According to that, three cups of coffee in a day are enough to shrink the breast tissues. However, any additional consumption of coffee can increase the effects. Half the women addicted to coffee had a gene showing a link between coffee intake and breast size. Coffee intake, no doubt, makes the breasts smaller. But the effect is very slow, and they are not going to disappear overnight if you consume more coffee.

Women who got bigger breasts by having implants are found three times more likely to commit suicide. This risk is increasing over time. The studies show that the risk of committing suicide becomes apparent nearly 10 years after breast augmentation is done. These suicides are believed to be the result of women’s psychiatric problems before getting breast implants.

In short, breast size is not just about the aesthetic appearance. It has to do a lot more with a woman’s mental and emotional health and other life traits.