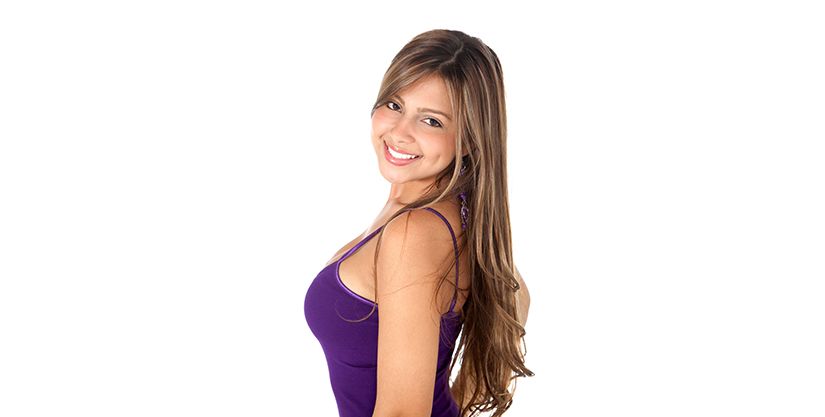 Hannah Sadowska – 32 years old – had breast reduction surgery and got her breast size reduced from 32GG to become a police officer. She actually has undergone the surgery to reverse her boob job.

Back in 2007, Hannah Sadowska underwent breast augmentation surgery and paid 3,700 pounds to get 32GG breasts. However, she soon found that her huge breasts are becoming barrier for her in various aspects of life instead of improving her appearance and making her confident. So, in October she underwent breast reduction surgery to decrease the size of her breasts to D cup.

According to her the main purpose behind reducing the size of her breasts is to become a police officer and now she is in the process of applying for that. At the present, she is studying for criminology degree at Glynd’r University in Wrexham.

She says that she could never have wrestled a criminal to the ground with implants in her breasts – they are too large according to her frame.

Hannah wants to be taken seriously rather than like a stripper in fancy dress. Recently, Katie Price – one of the most famous glamour model – underwent her seventh breast surgery to reduce the size of her breasts to C cup. She had seven boob jobs and her biggest breast size was 32FF. Hannah said that she was not surprised when she heard about Katie’s breast reduction because she knew exactly what it exactly feels like.

Now, she wants to warn other girls about doing the same mistake that she herself and Katie did. She says that despite of wasting thousands of pounds on boob job to have bigger breasts buy a new car and go for the holiday.

Sadowska always felt self cautious about her breast size and after teenage, she had suffered from bulimia. This condition decreased her breast size more and she went from C cup to B cup. She was chubby when she was 13 but she was badly bullied because of her figure at that time that made her bulimic. Her obsession for breast enlargement started at that time. Even when she started putting her weight back, her breasts never grew. This made her cautious and to make her breasts look fuller she started stuffing her bra. Furthermore she limited cloth options for herself and left wearing tops and vests.

She always wanted to have a glamour model’s body with bigger breasts. So, at last she planned to have breast augmentation surgery, she took a loan of 7,000 pounds in 2007 and spent more than half of it on her boob job. She says that when went to her surgeon, she asked him to make her breasts as big as possible even if she dies. When she woke up after the surgery, she was having breasts just like Katie Price breasts. After having bigger breasts, Miss Sadowska started her career as a model and also started business of designing and selling the support bras for the women who have undergone breast enlargement surgery.

She said that having breast augmentation surgery back in 2007 was a big mistake. She wanted to have a glamorous look at that time and she had it but the surgery affected her life and health badly. She decided to undergo breast reduction surgery because she wanted to be taken seriously.

She has already taken the entrance exam, given the interview and has passed the medical examination. Now, she hopes to be selected by her employers after passing the degree.